Issue: whether Oracle can claim a copyright on Java APIs and, if so, whether Google infringes these copyrights.

The game of “Spoting the Difference" starts again!

Google’s ICP license renewed. See the captured today’s Google.cn web page below (left), and compare it with the page in last week (right).

When I heard this news yesterday, the first thing what I did was to save the page of Google.cn. It may be dead soon.

Following a tweet, people gathered and present flowers to Google Beijing office (click here for more, and the latest report is: along with flowers and candles, a book 1984 by George orwell joined the gifts for sacrifice):

Twitter  is blocked in China, but yesterday the Chinese twitters made tag #GoogleCN climbed to the top ten of twitter’s keywords. It is a bit touching, and a bit hopeful – A profitable, foreign company get this means filtering and block still not make Chinese people (at least some of them) losing their eyesight and judgment to what is good and what is bad.

There is a big chain restaurant company who named itself Eatool. Based in Amilina (a country allowing people eat almost everything except small chicken), Eatool provides delicious meats, including pork, beef and adult chicken. At the same time, it also sells dishware and other stuffs in each of its restaurants.

Few years ago, Eatool opened a new restaurant in Cinet, a country where the king forbid selling pork, as well as chicken.

Personally, Eatool’s boss loves pork, but he knows that selling pork in their Cinet restaurant means shut down the business including the dishware. So they hired Cinet people run the restaurant in Cinet, and restricted themselves from selling pork. At the same time, Eatool sells dishware to Cinetizens.

As an Interent application or online service, "Google Books"  may not necessarily be found infringement.

But, Google would be held infringement liability if it really scanned Chinese books without authors’ consents.

First of all, I am talking about Chinese copyright Law. As for whether the same act would be held infringement in the US courts, I don’t know. I don’t know because once the Google Book Settlement is approved by judge, the case will be dismissed without ruling. Even if the settlement were not approved, and even if the case were finally ruled favoring Google, it would merely be a US judgement binding in the US, not necessarily binding in China.  In other words, so long as the case is in Chinese courts’ jurisdiction, Chinese courts shall, according to Chinese copyrigh law, make their onw decisions no matter what the US court’s ruling is. This is a crutial common sence, but I doubt many people may forget it, because for a long time, I see too many comments to Chinese cases according to US laws.

Second, the only relationship between the US court’s ruling and China is: if China thinks a US binding judgment or the approval of settlement violate TRIPS, China may file the case to the WTO.

Third, back to the dispute between Chinese writers and Google, for the forgivable exploitation of the copyrighted works, Chinese copyright law is following the European mode of "limitations to coyright" but not the US concept of "fair use". Therefore, unless a non-liability provision has been provided explicitly, the conduct will be judged infringement once such conduct is regulated in Art. 10 of Chinese Copyright Law as the content of copyright. Until now, China only allows the search engines to store the content in other websites automatically. A conduct of scanning the books, from the first pege to the last, from the first line of each shelf to the last line, constitutes infringement definitely (unless the conductor is public library).

Fourth, Google’s self-limitation of accessing to the full-text of the scanned books is another story. The infringement has been established soon after scanning and storing books in its servers.

Last but not less importantly, this is a legal and positivist analysis. Not a value criticism. I am not saying that Google Books is a good/bad thing hereby. I am also not saying that one should not look at the case and the whole set of the current law critically. On the contrary, the real criticism should be based the fact on which some obvious good thing is hindered by the existing law, or some obvious bad thing is permitted by the existing law.

“对不起，您所拨打的用户无法接通，请稍候再拨——Shorty, the lumbar you are dying cannot be switched now, please die later”。 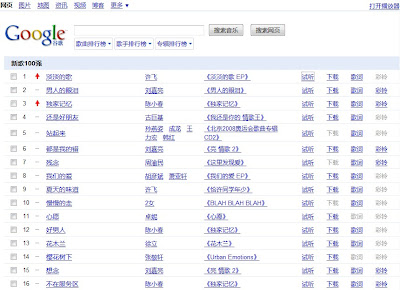